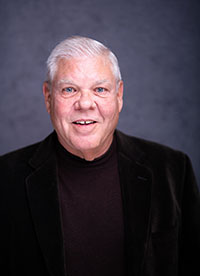 Jeff started his insurance career with Nationwide Insurance in Vidalia, Georgia in 1973. He came to Augusta in 1982 and joined Sanford-Corbitt-Bruker in 1986. In 1988, Dee and Jeff acquired the agency from Dee's father, Cason Bruker, and the name was subsequently changed to Sanford, Bruker & Banks, Inc. He holds the designation of Certified Insurance Counselor (CIC).

Jeff has served on the Augusta Southern Nationals Drag Boat Race committee since 1987 where he served as chairman of the race from 1991 through 2004 and still serves as hospitality chairman on the board of directors. He served as treasurer of the Greenbrier Band Boosters while his son was active in the Band program. He is very active in The Quest United Methodist Church where he and his family were founding members in 2006. Prior to attending Quest, he and his family were members at Aldersgate Methodist Church, which started Quest as a mission church. He has served in various capacities at Quest including Leadership Team chairman, Trustee's Chairman, Finance Committee, Facilities fundraising team, Property Procurement team, and other duties as assigned. He serves as President and Treasurer of Lazy Lake, Inc. which is a hunting club in Glascock County and is a member of Devereaux Hunting Club. He also serves as treasurer for the Georgia Carolina Boat and Ski Club where he is an owner-member.

Jeff lives in Windmill Plantation in Evans with his wife Debbie.